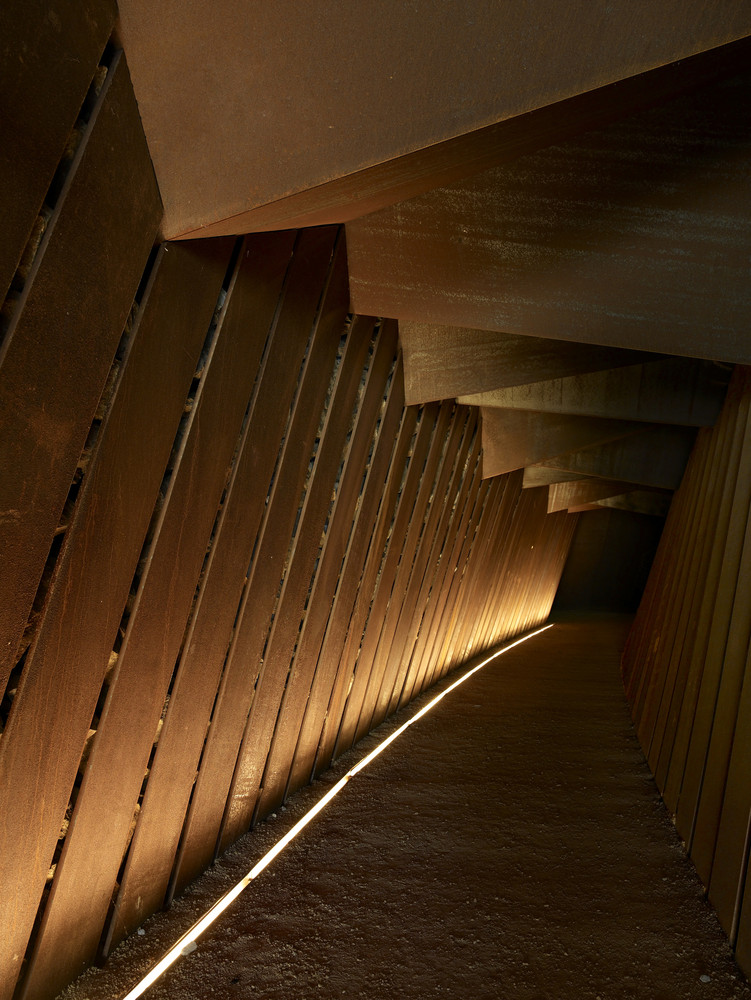 I published a story for House & Garden last week about RCR Arquitectes, the winner of this year’s Pritzker Prize. Considered architecture’s highest honour, for the first time since it began in 1979 it was awarded to three winners –Rafael Aranda, Carme Pigemand and Ramon Vilalta – for the trio’s intensely collaborative way of working together.

I did some research into their projects and am most taken with Bell-Lloc Winery in Palamós, Girona. More specifically, because it looks absolutely nothing like any winery here. Or anywhere, really.

For a little background trivia, the work of RCR Arquitectes unites landscape and architecture to create buildings that are intimately connected to place and time – i.e. the architects seek to create discourse between a space and its context. Bell-Lloc Winery is perhaps the most fitting example. The winery is a working wine producing and wine-tasting facility, but the space has been rearranged into a ceremonial sequence that explores the interaction between sky, land and the world underground.

‘It is a “promenade” to the underground world of wine from a road that runs along the forest and links buildings. Its interior offers rest, penumbra, weight of the earth. There is also air and rain in the tasting room and the surprise of a small auditorium’ – RCR Architectes

At the entrance of the winery, a descending pathway with angled steel sides guides visitors down from opposite directions. Once inside, a vaulted ceiling shelters the wine production machinery and barrel storage areas, where gaps in the roof allow slithers of light into the underground spaces. It is not a single site, but a promenade for discovering different spaces and sections.

As I said, it’s like nothing the Western Cape – with its modern wineries and classic, gabled styles –  has seen or imagined. I think it’s incredible. 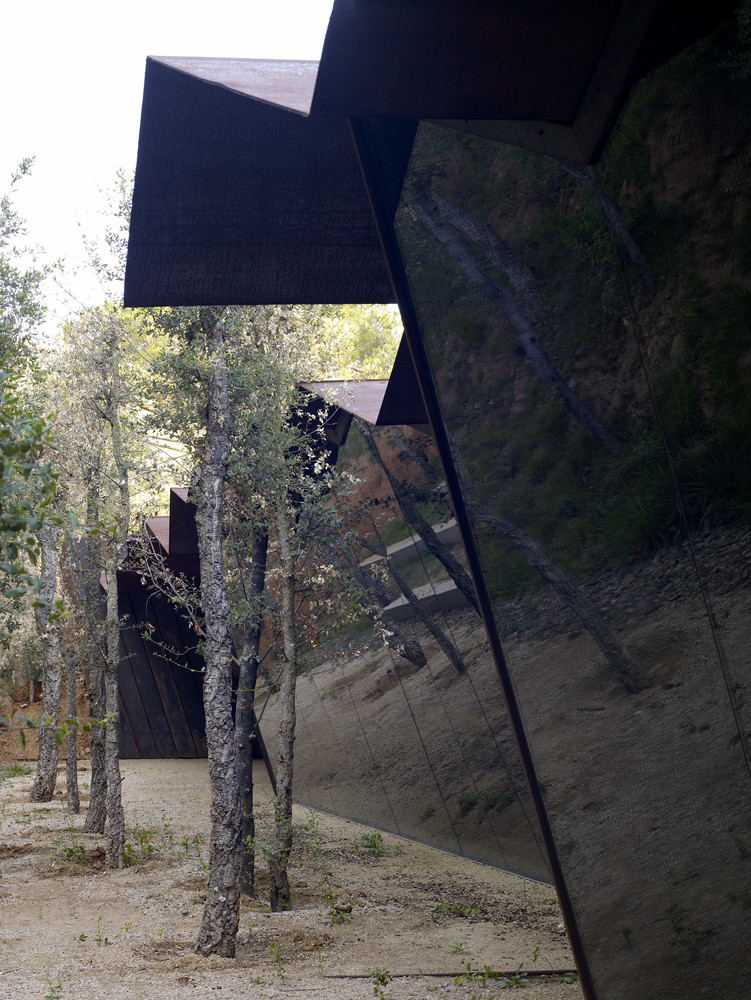 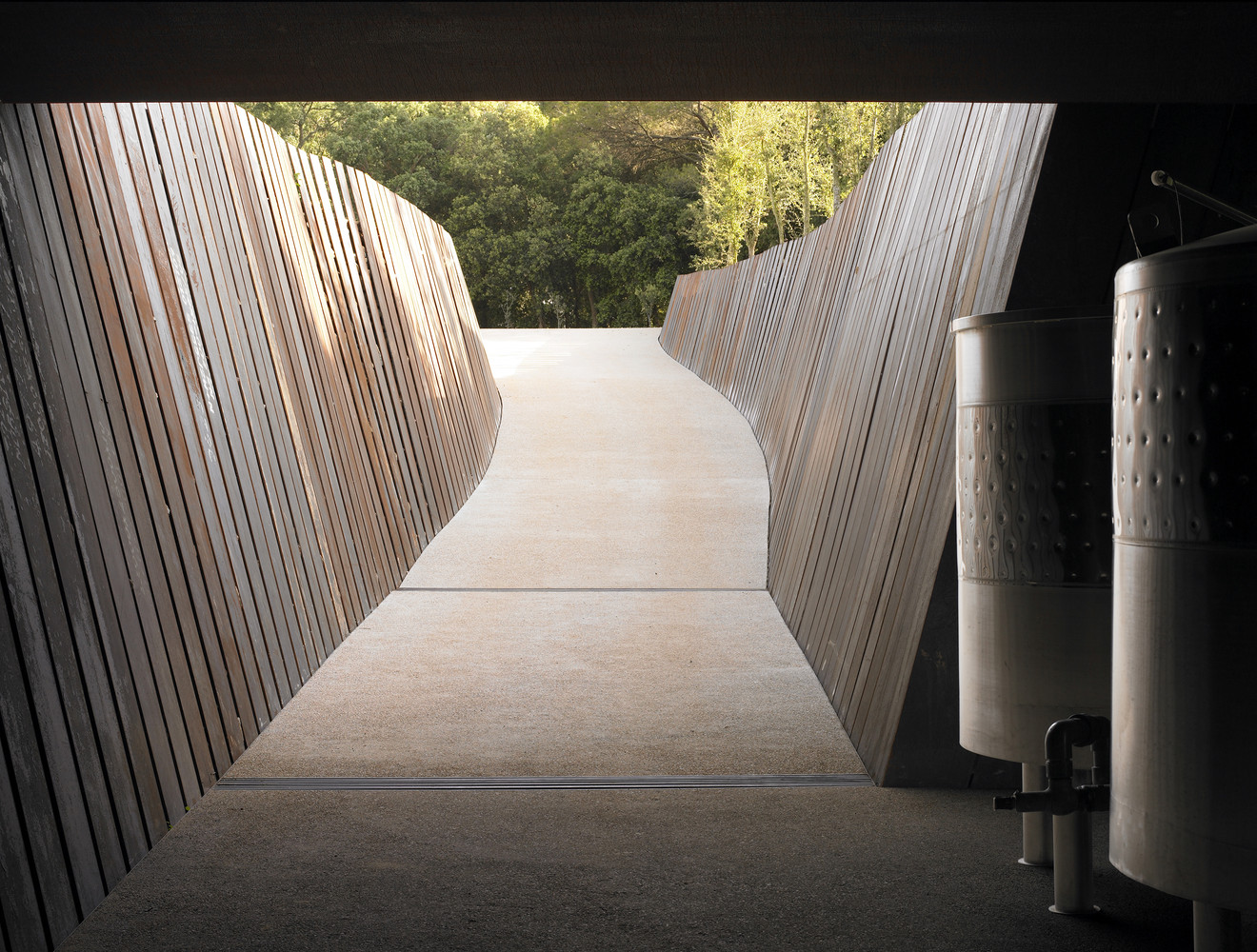 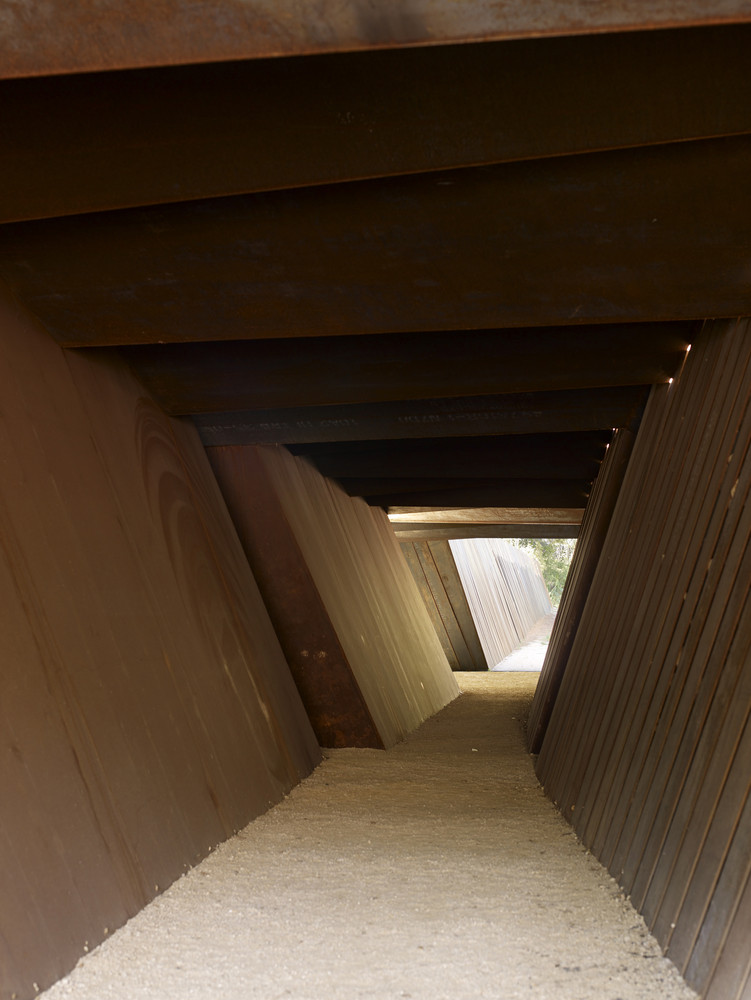 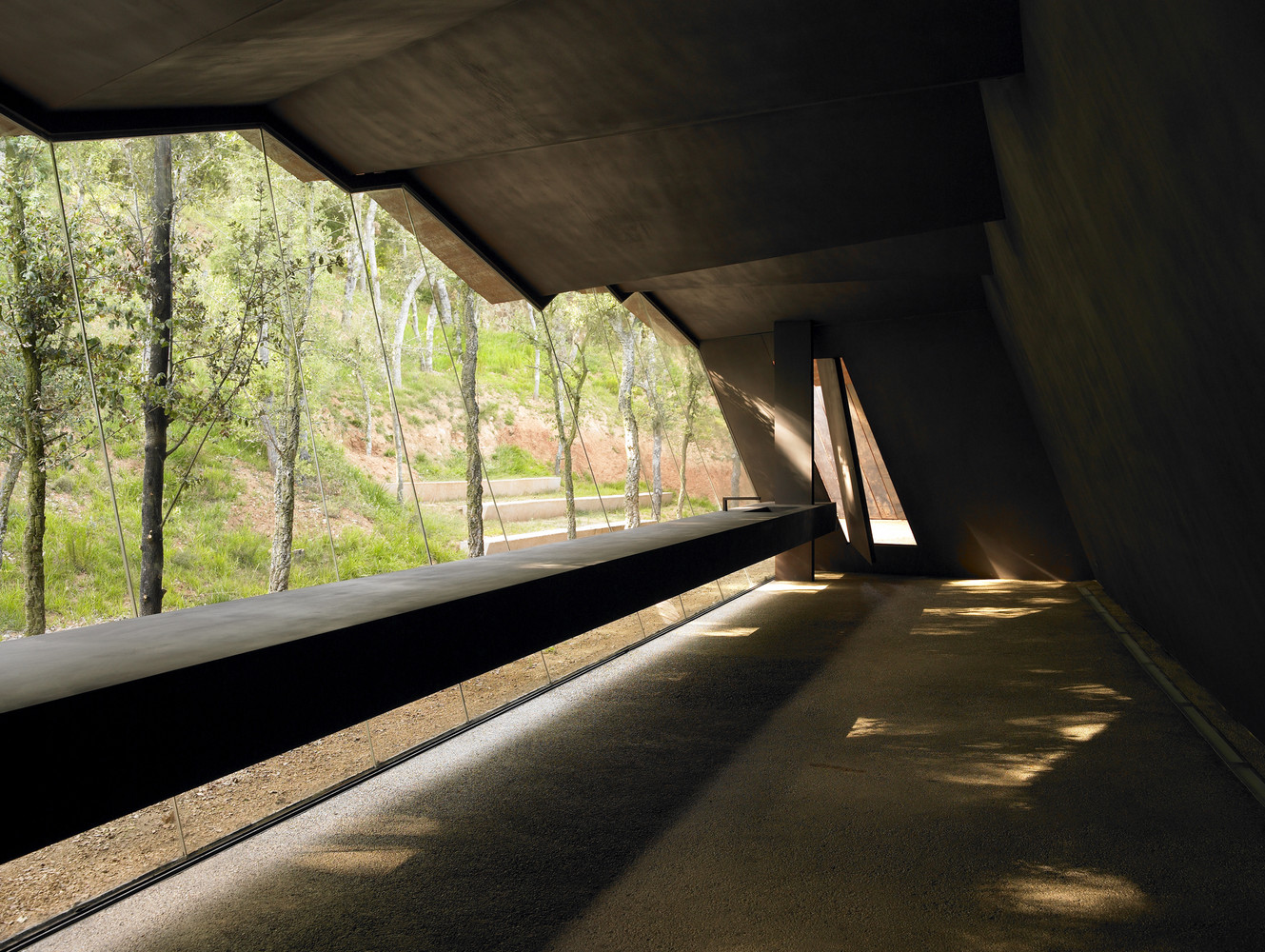 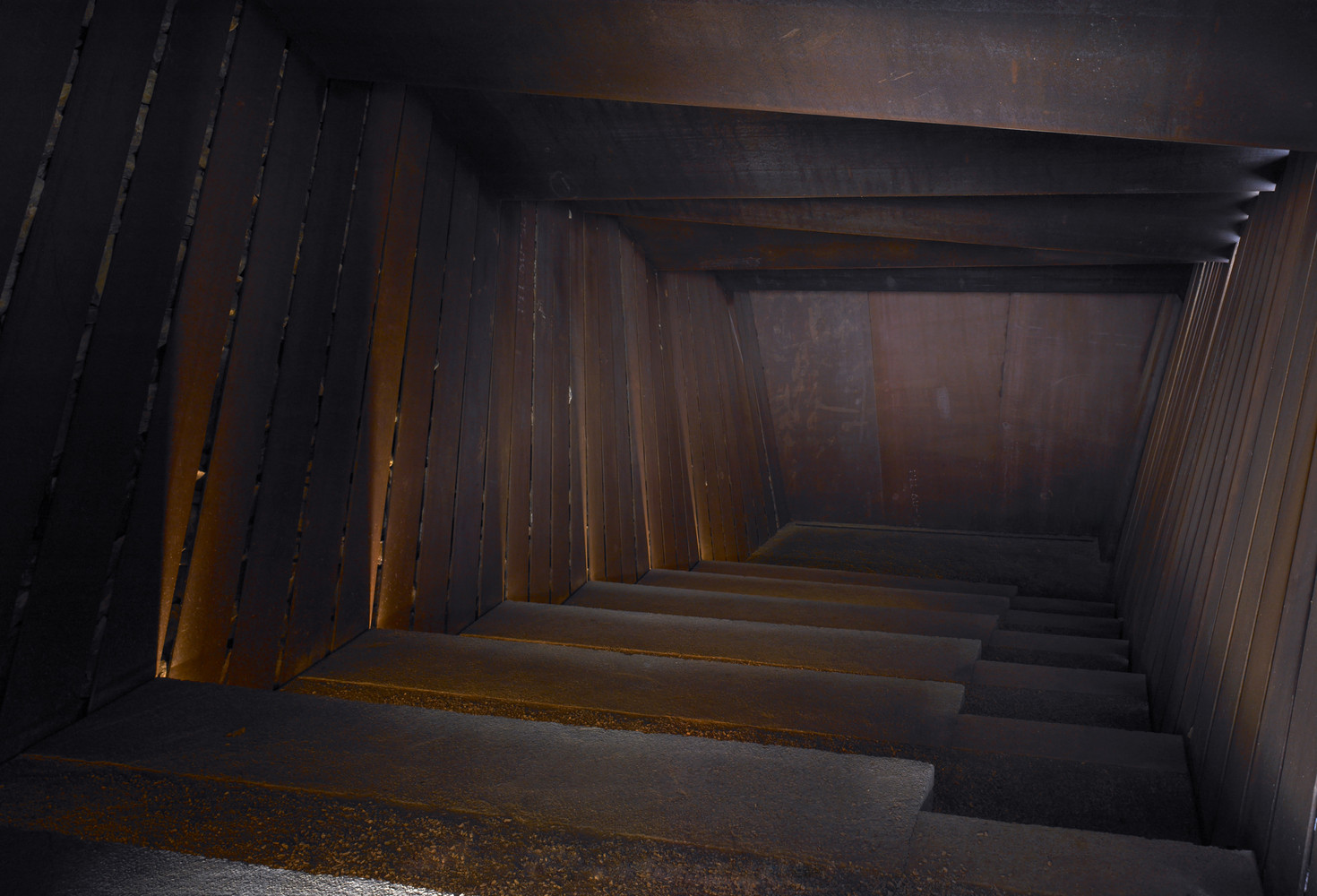 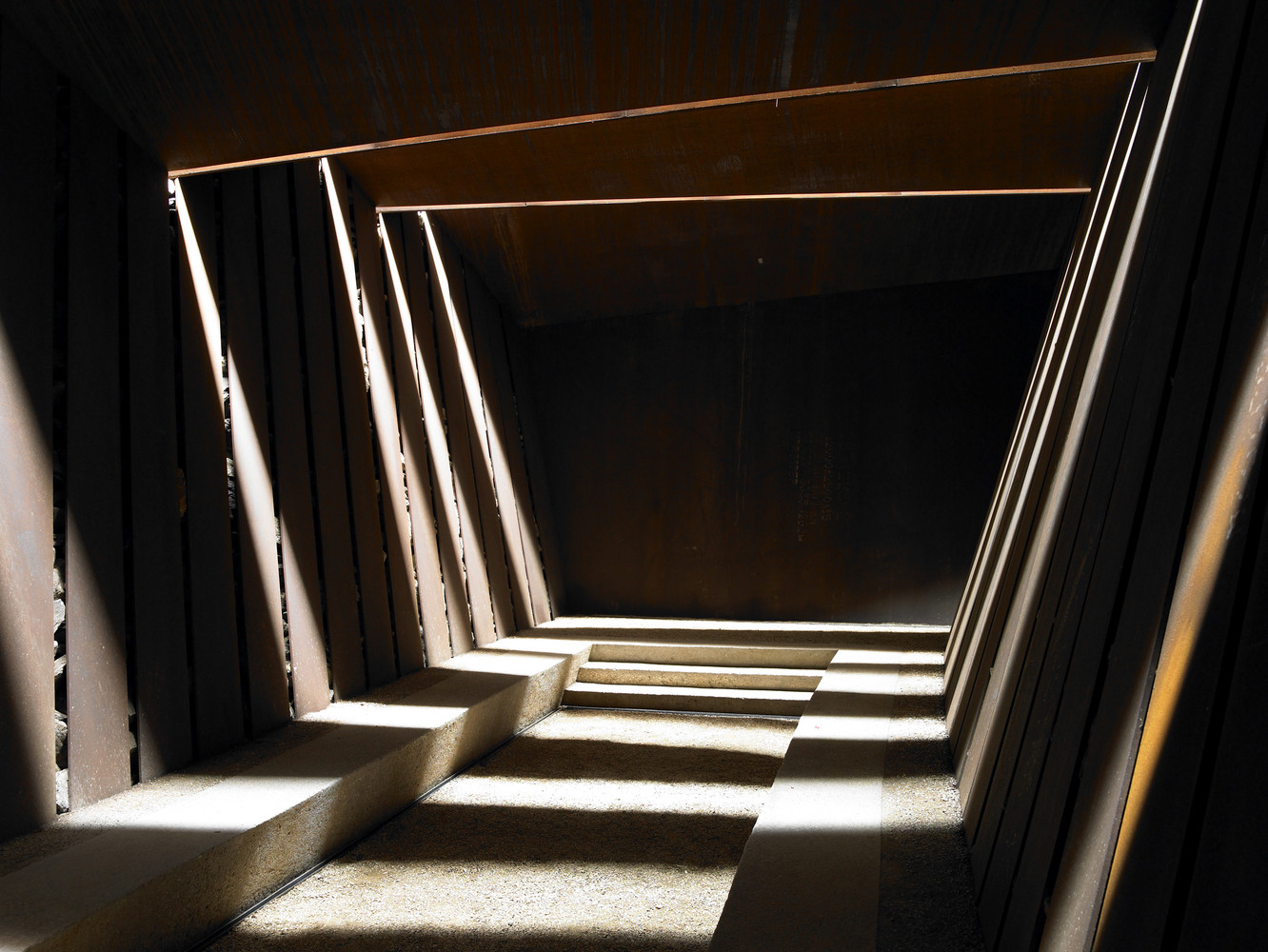