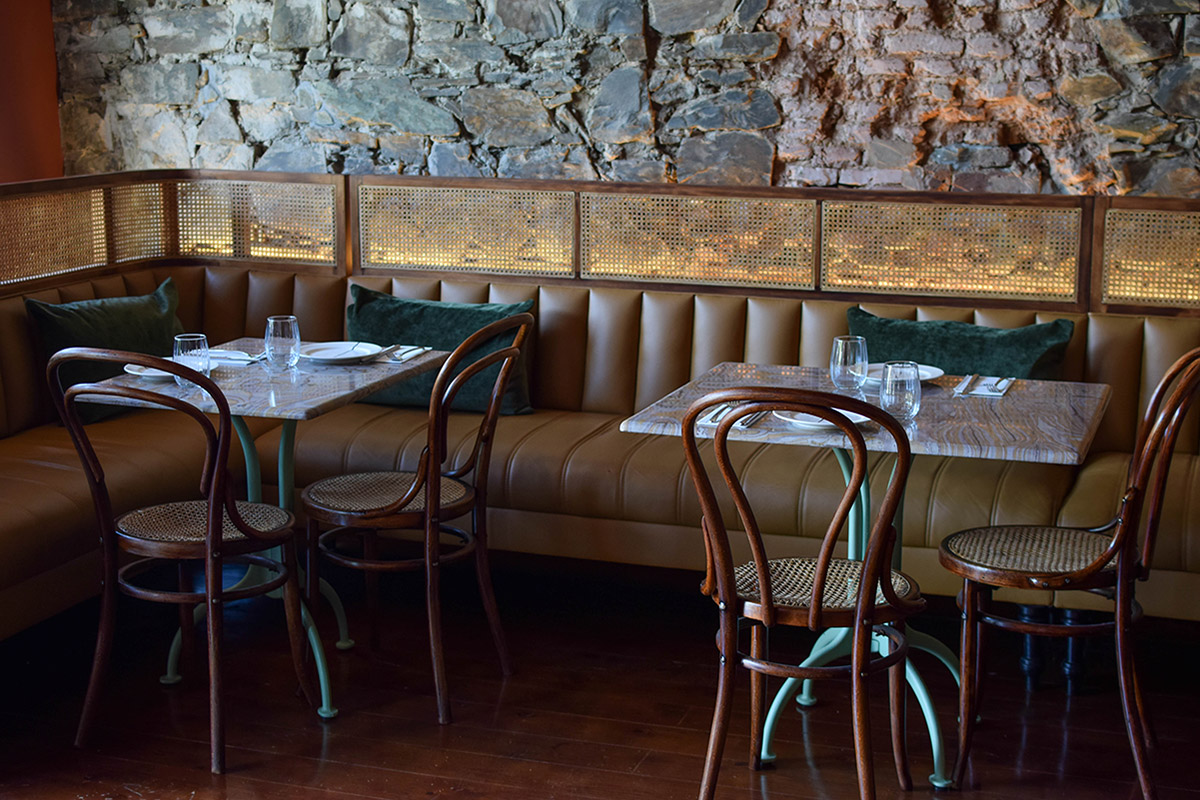 Housed in a heritage building dating back to the 1900s, Athletic Club & Social opened its doors late last year to instant Instagram acclaim. It is so wonderfully photogenic. Housed in a beautifully renovated three-storey building in central Cape Town, this ‘non-members member’s club’ (everyone is welcome) invites visitors to explore its bar and restaurant, which are situated across a unique maze of impeccably furnished rooms where every detail has been carefully considered.

Inspired by the grandeur of the 1920s and 1930s, AC&S co-founder and known restauranteur, Athos Euripidou has honoured the building’s heritage while simultaneously breathing life into the bones of the block. From the varnished parquet flooring to a handpainted David Brits wallcovering and imported House of Hackney fabrics, the space creates a real sense of wonder. 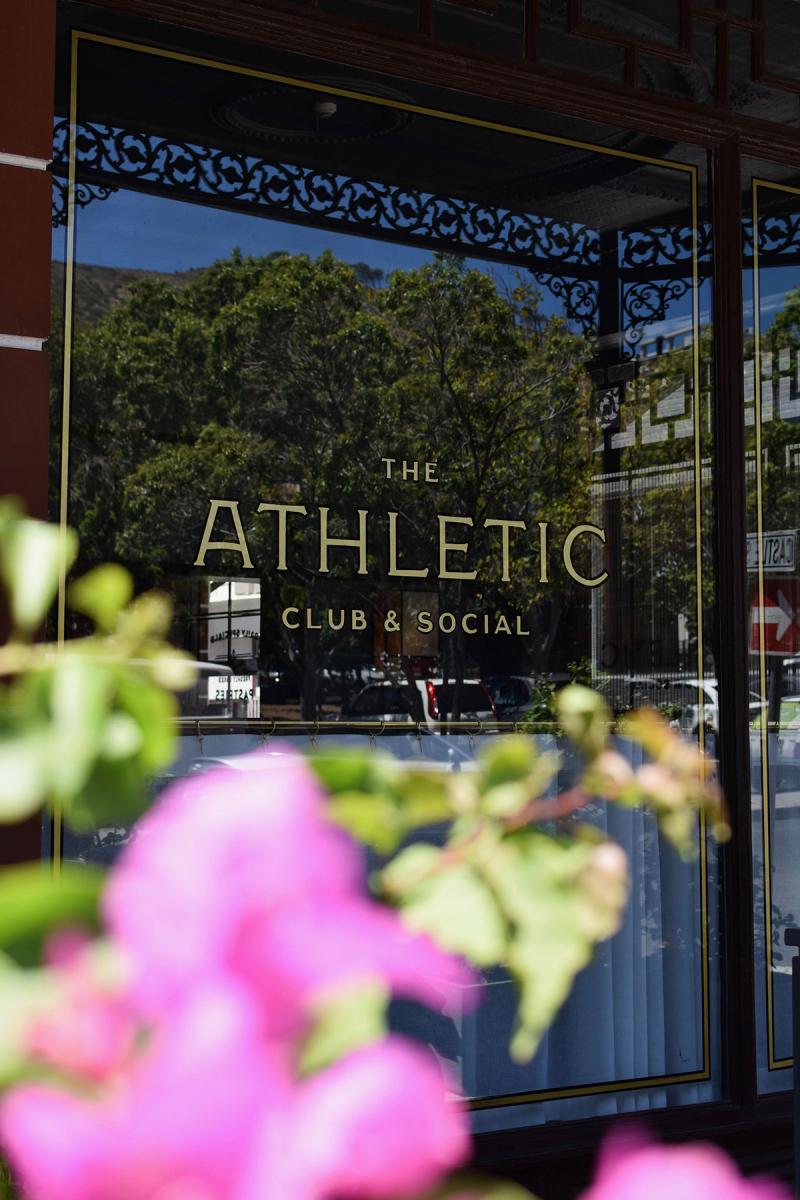 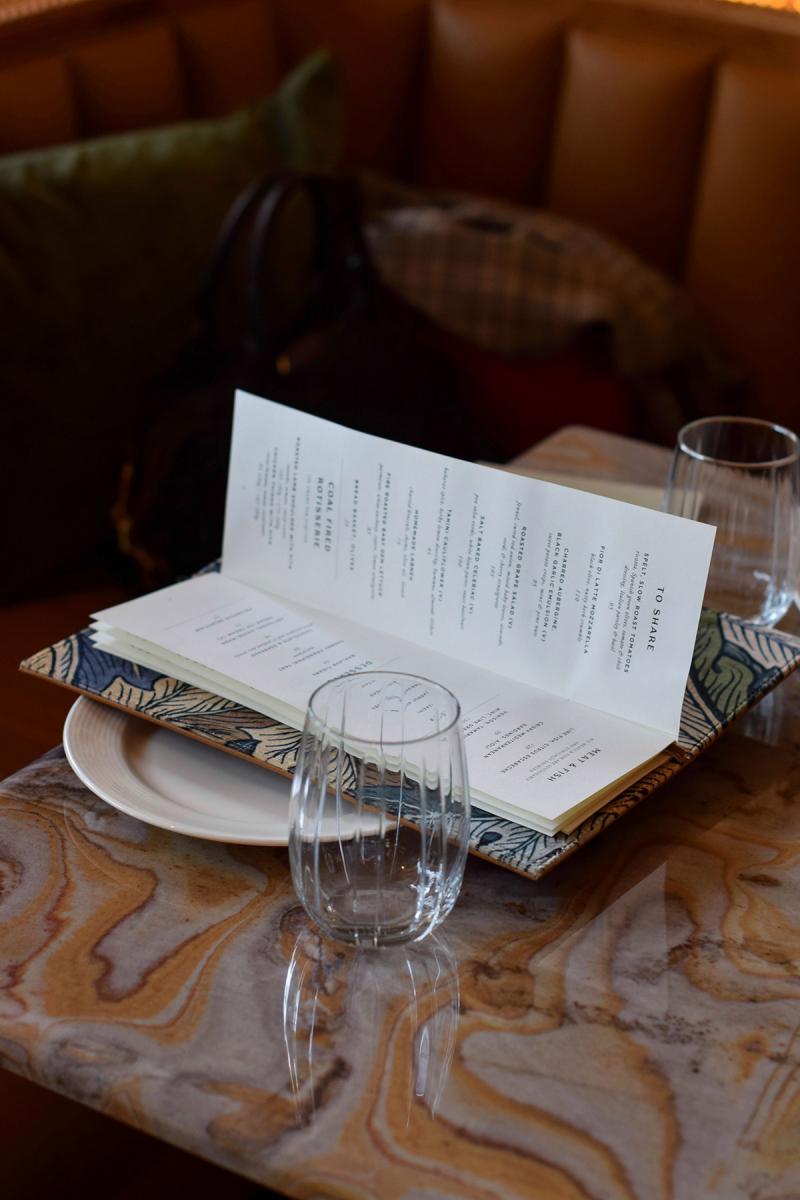 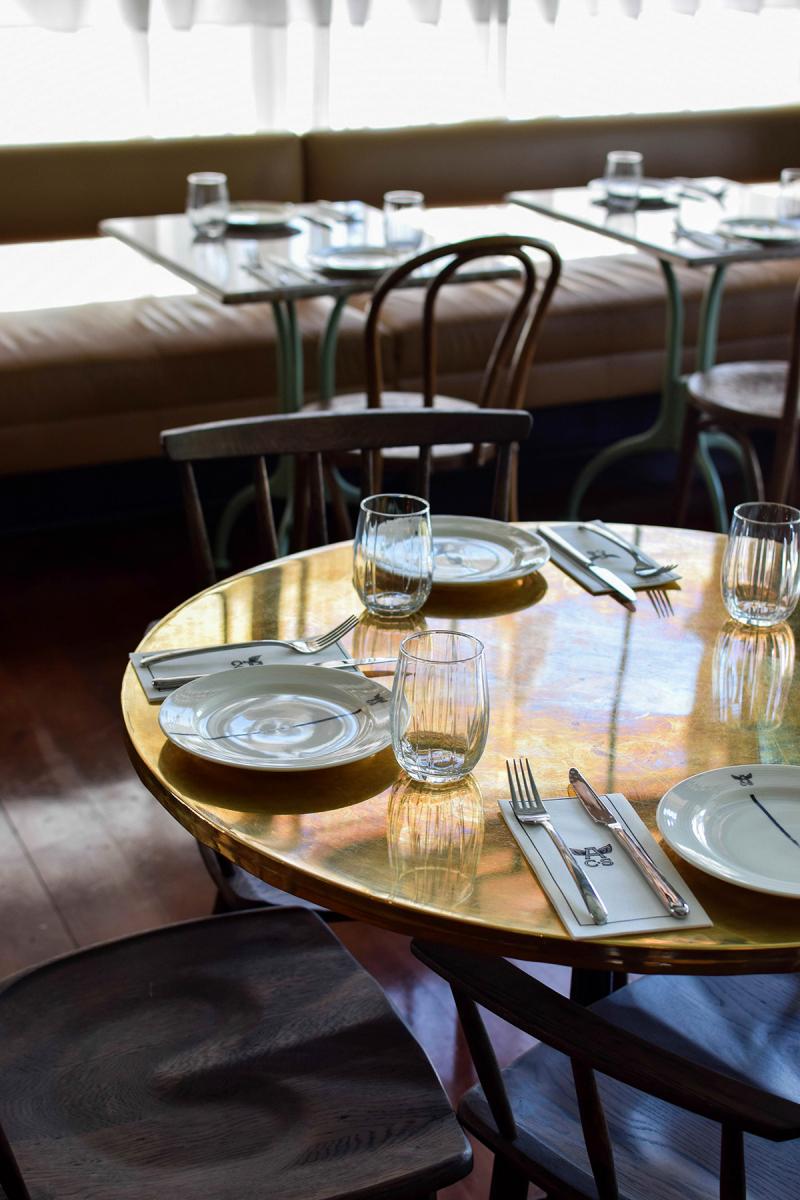 Cape Town-based interior designer Debra Parkington followed Euripidou’s brief to perfection, creating a space that could be situated in any sophisticated international city around the world, but is also intrinsically local and proudly representative of our storied history. Many of the walls at Athletic Club & Social are adorned with archival photographs featuring South African sports teams through the decades, proudly salvaged and hung as a tribute to teams that may not have been given the recognition they deserved.The building, once owned by Herbert Tothill – a pharmacist with a passion for sports – has come full circle in its tribute, more than a century later. The interior is designed to showcase these stories, and if you take a quick walking tour of the premises with Euripidou as he shares the club’s narrative, you’ll realise that this is probably his favourite feature of the space.

Mediterranean flavours and a range of libations

Each floor at Athletic Club & Social sports a fresh theme: the ground floor hosts the eatery with a menu inspired by Mediterranean flavours. Try the crispy sardines with aioli; tahini cauliflower with baharat, herby lemon dressing, hummus and almond slithers; and fired-roasted baby gem lettuce with Parmesan, white anchovy, capers and lemon vinaigrette. The coal-fired rotisserie turns out roasted lamb shoulder and chicken thighs, both served with pita and tzaziki. And the wine list highlights grapes from the Western Cape, alongside a cocktail menu featuring well-loved classics and novel variations – the ACS Negroni and Social Athletic are firm favourites. The restaurant’s use of beautiful glassware, marble table tops and monogrammed pieces is notable too. Again: attention to every detail. 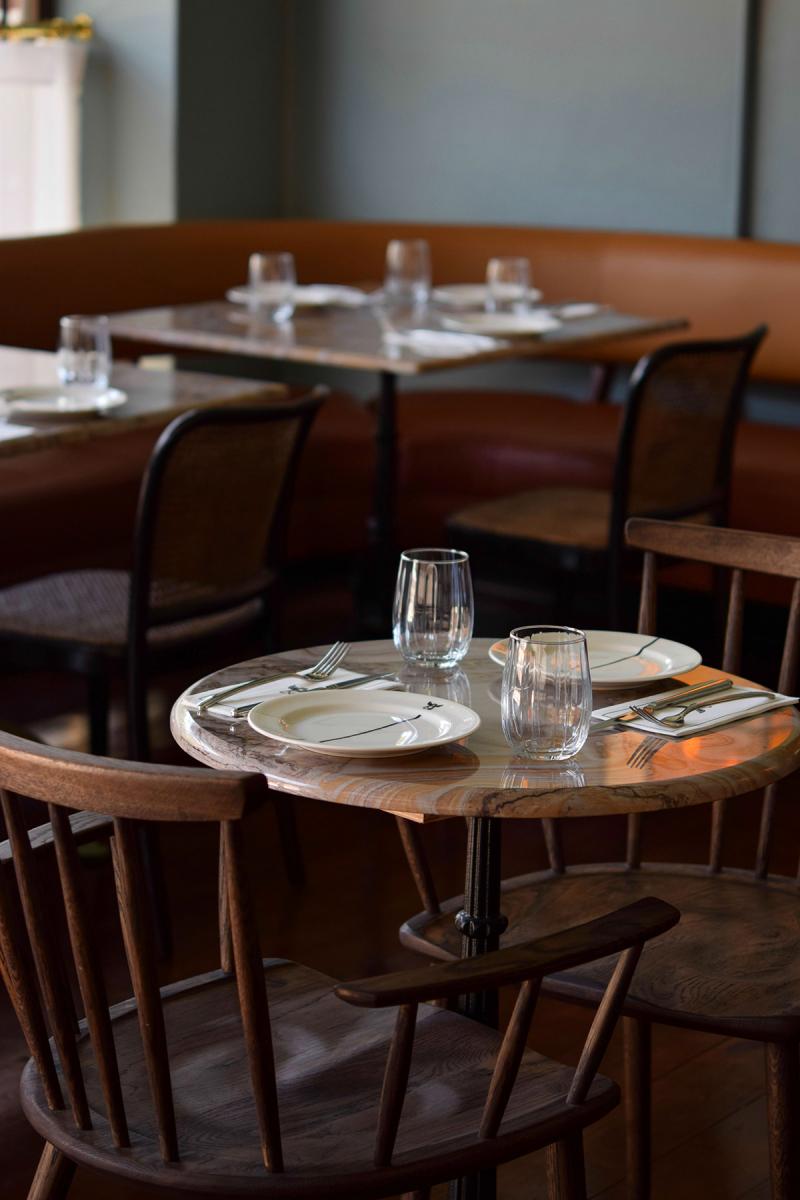 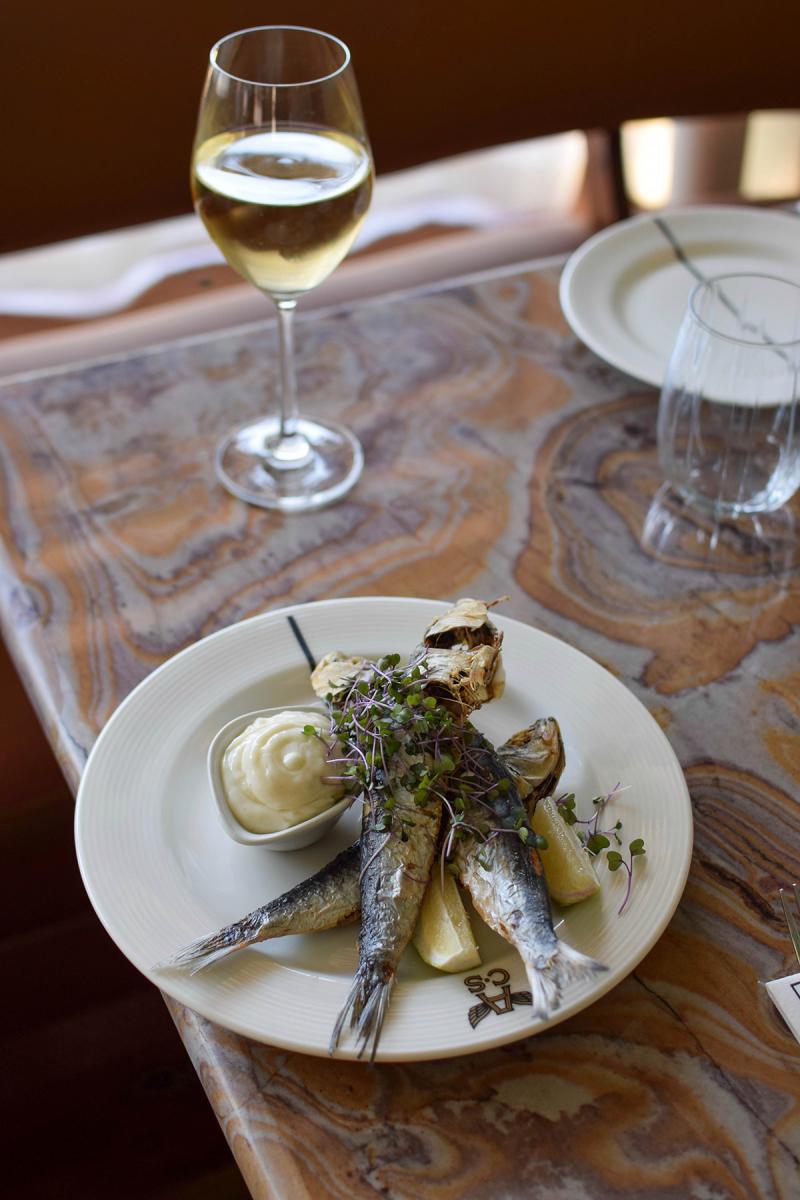 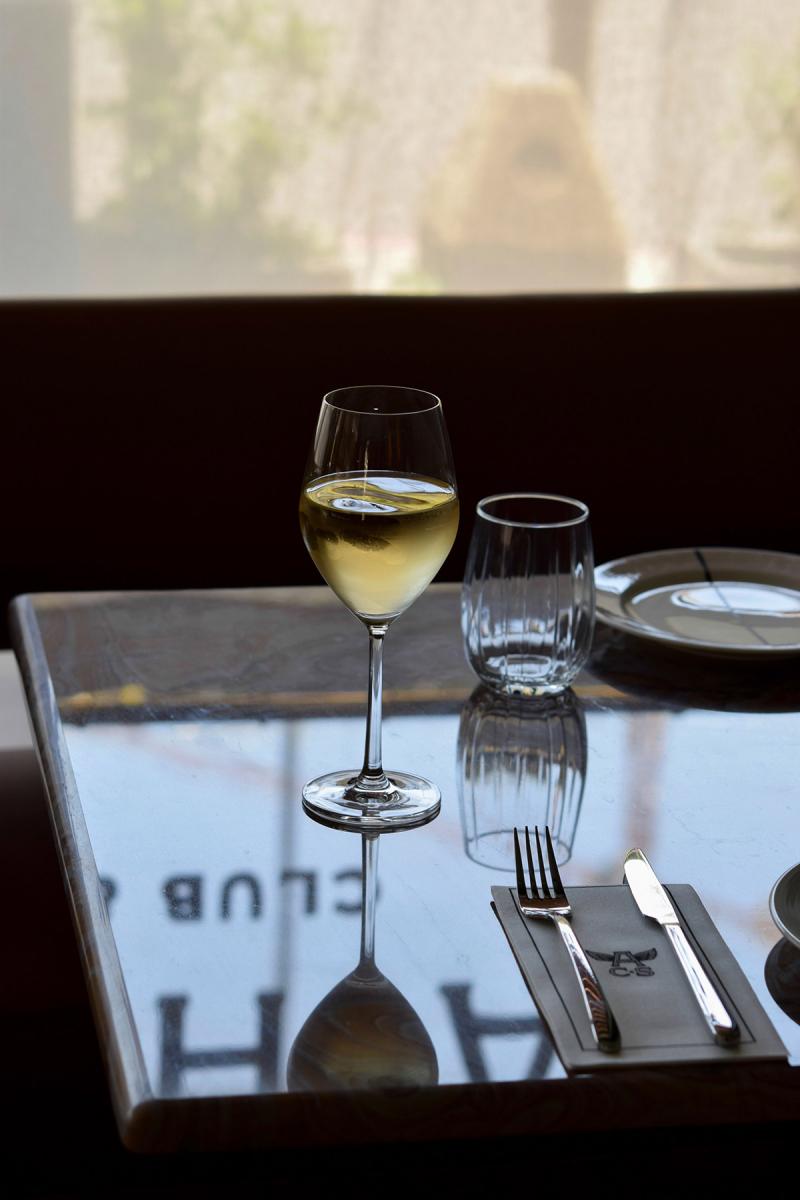 By contrast, the basement is a dramatic flashback to a 1920s Grand Salon, bedecked with opulent crystal, glass, Oriental touches (love the tassled bucket chairs and Persian carpets) and heavily polished wood, not to mention floor to ceiling wallcoverings that exude timeless style. On select nights, you can also enjoy disco, soul, jazz, funk and afrobeats from guest DJs. Head up the stairs to the first floor, where the cigar and whisky lounge, featuring known and unique classics from around the world, is situated. This is a space to see and be seen, while enjoying after-work libations overlooking the hum of Cape Town’s CBD. The spacious outdoor balcony is ideal for sundowners and light canapés, with Athletic Club & Social’s house pale ale available on tap. Among Cape Town’s (always growing) band of new bars and eateries, it’s safe to place Athletic Club & Social as a must-visit: for its design, its hospitality, its sense of community and its unique menu. This is a story worth telling. 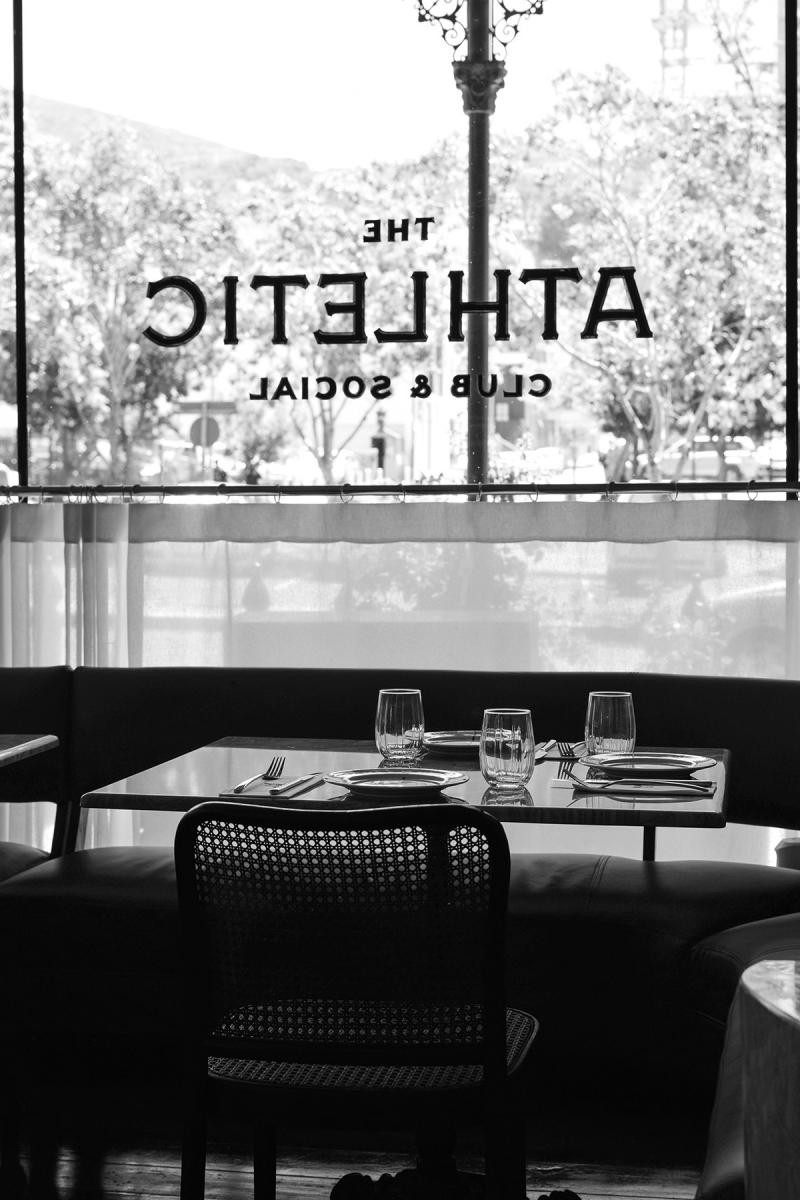 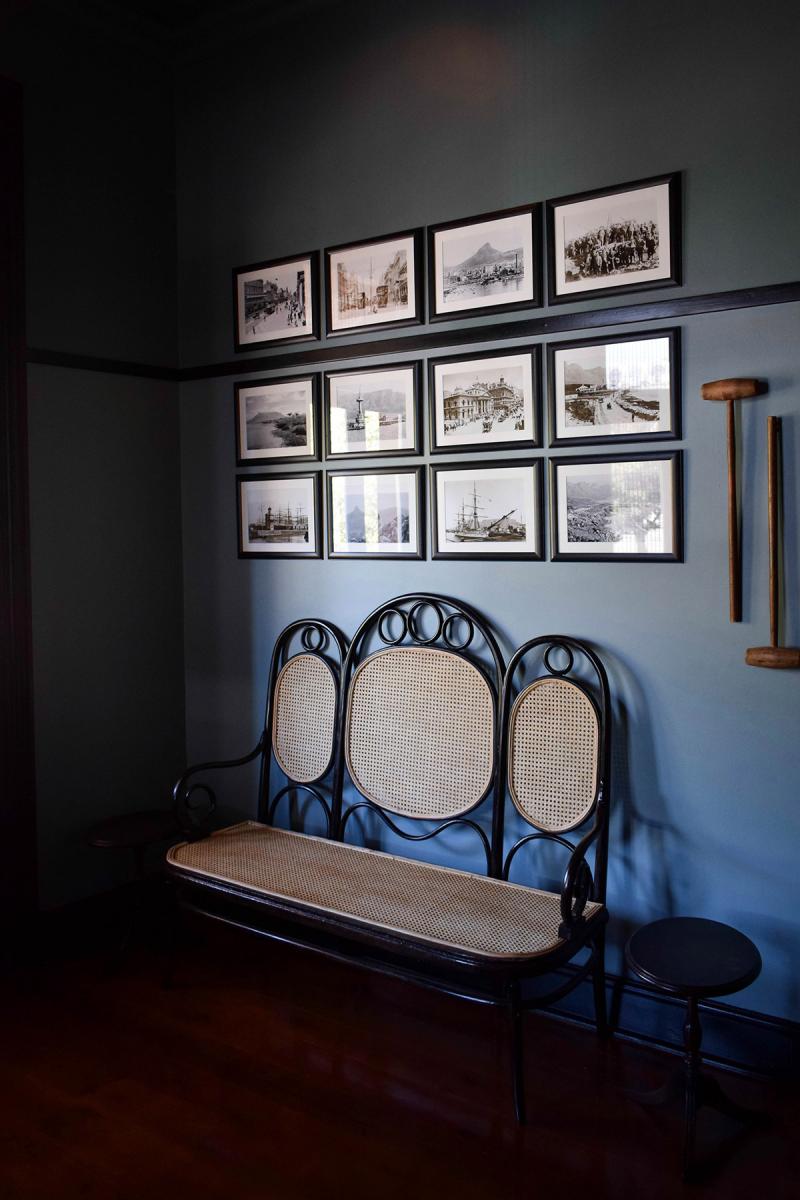 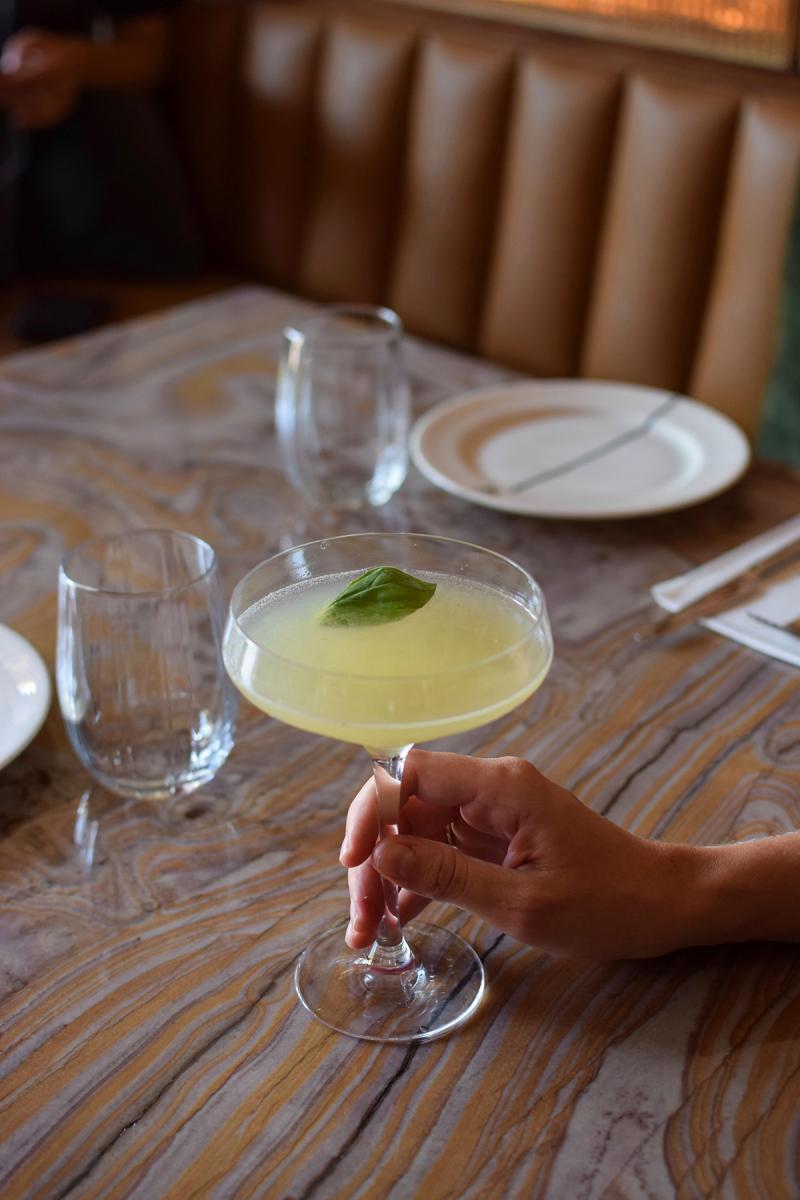 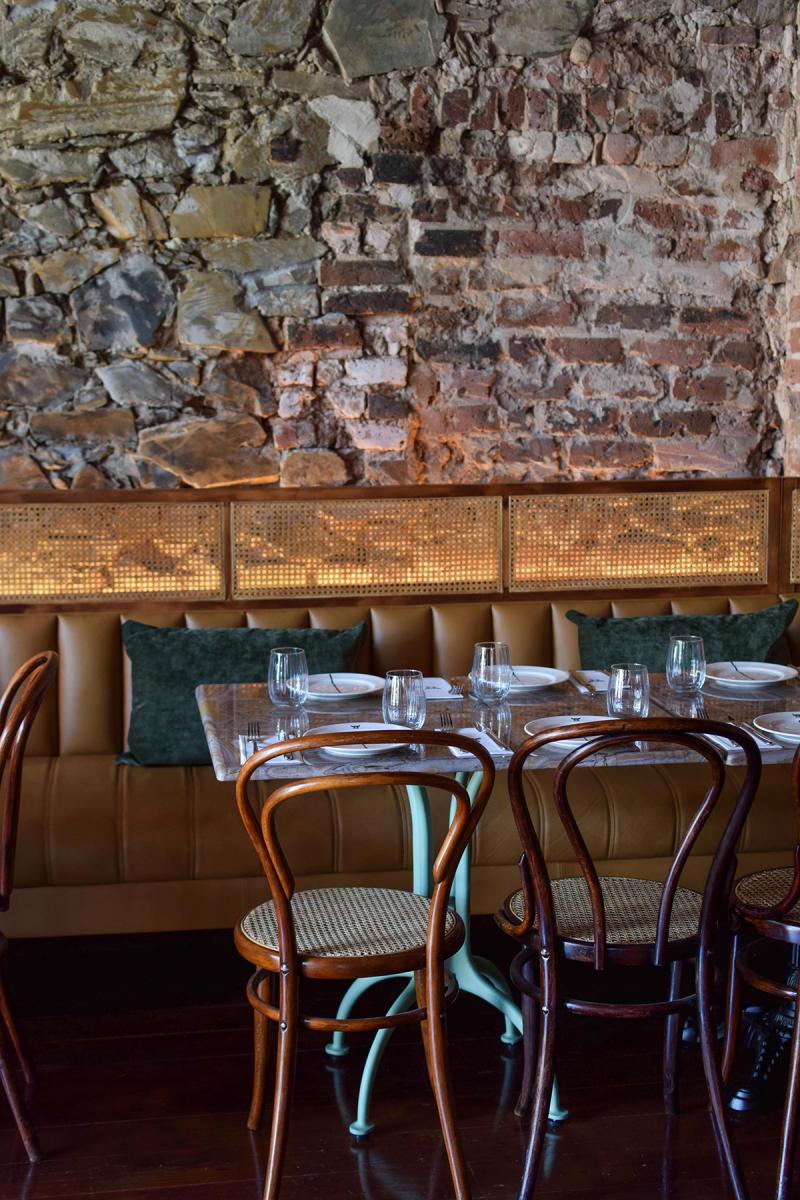 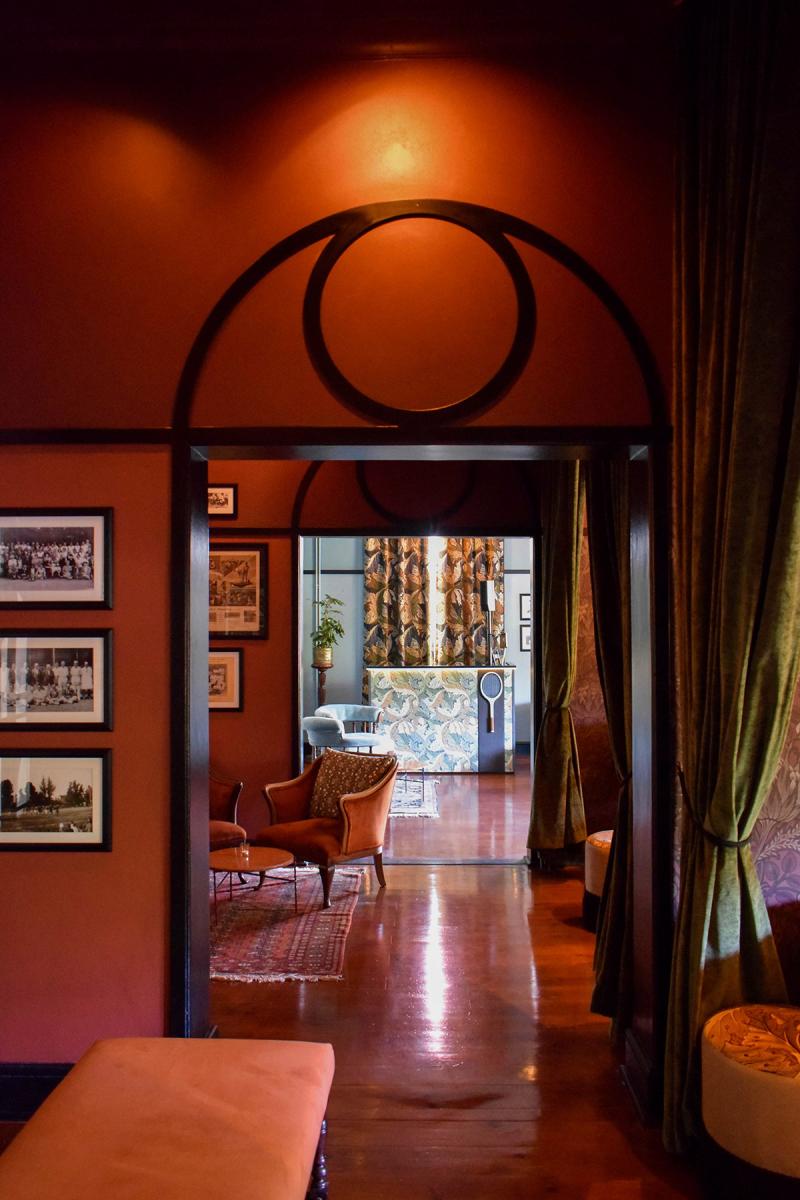 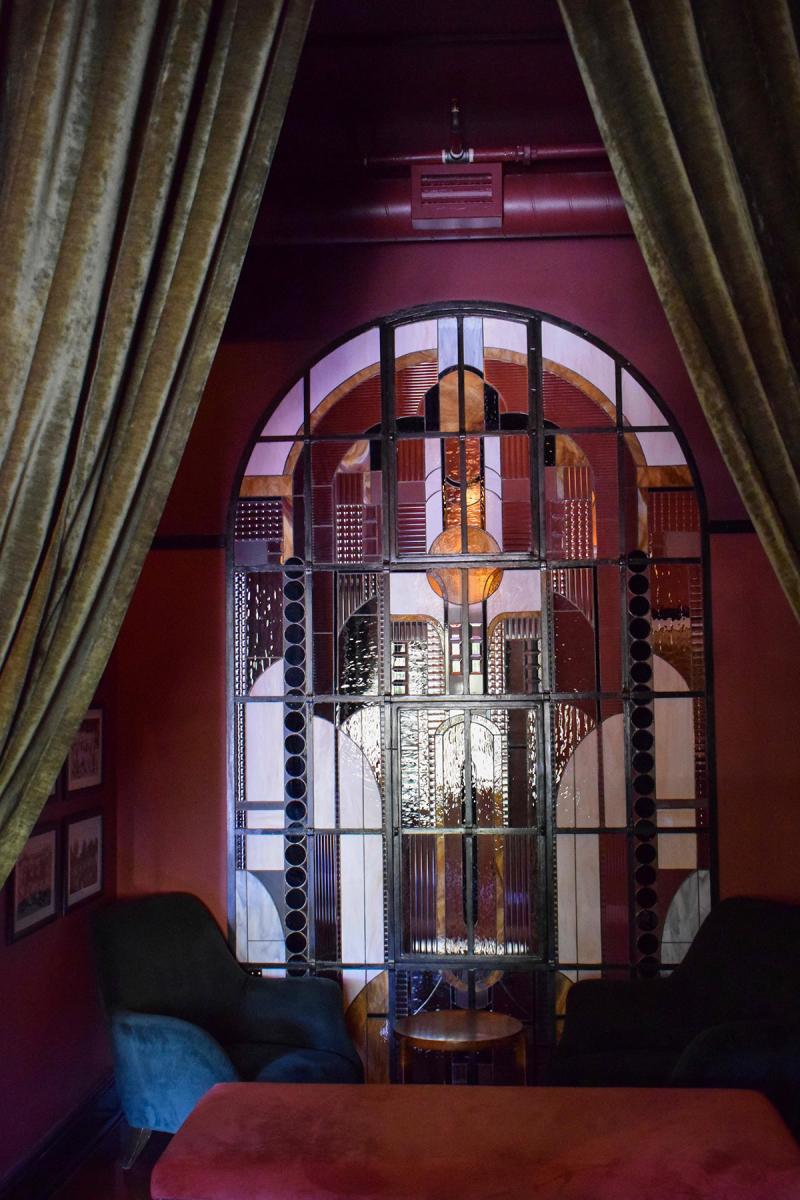 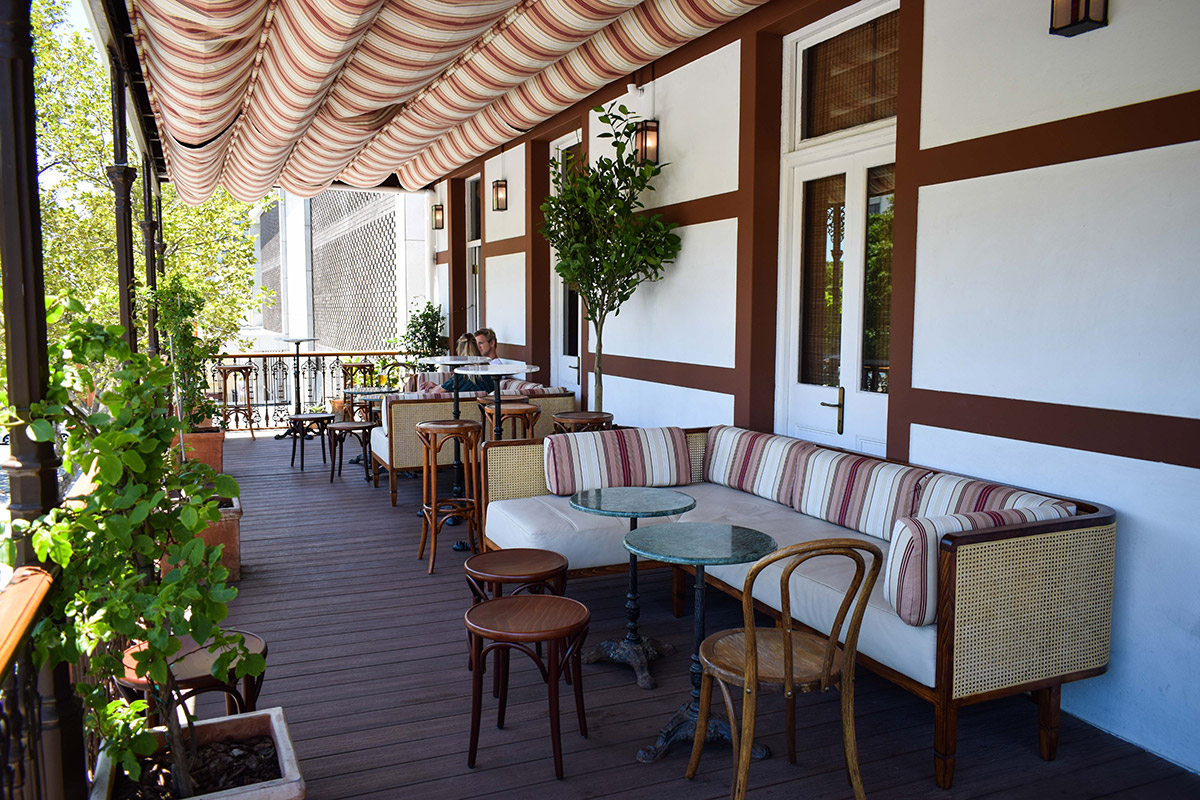 This article originally featured in House and Leisure, with photography by Georgia East.